The idea of a joint covenant between United Methodists and Presbyterians to start a church came out of an ecumenical movement started by the Fort Worth Area Council of Churches in the early 1970s. After several years of discussion and planning, a committee of United Methodists and Presbyterians selected the name, and St. Barnabas was born. It was noted that there were similarities between Barnabas’s mission in a new area of the world to the new church’s mission in a growing area of southwest Arlington. Barnabas also means “son of encouragement,” and the new church in Arlington would be a place of encouragement.

In June 1977, Rev. Weldon Haynes moved to southwest Arlington to organize St. Barnabas. He had a few names of families living nearby who had been contacted to help start the new church. It was a daunting task due to empty fields near the church property, Pleasant Ridge was a two-lane road, surrounding neighborhoods did not exist, Green Oaks was in the planning stage, and Martin High School was a pasture.

The first group of people to congregate as St. Barnabas Church had a beautiful eight-acre hillside and farmhouse to call home. After meeting with several families, a mailing was sent to households in the area. From that and other contacts, 47 people attended a picnic in front of the farmhouse on July 3, 1977. It was decided the farmhouse would be converted to a church. All work converting the house was completed by the people committed to becoming church members. A wall was torn down to make a large room for the worship service. A back bedroom became the office, and the garage became a nursery. Altar furniture and chairs were borrowed from local Methodist churches.

The first worship service was held August 7, 1977. Eighty-eight chairs were placed for the first worship service, and 162 people came to worship in the small farmhouse. Many were seated in the kitchen behind the wall or in the breezeway. In a few months, the services in the old farmhouse were filled to capacity. A Building Committee was formed, and plans began for a new Sanctuary. Sunday School classes started September 4, 1977. A long-range Planning Committee, the Women of St. Barnabas and a Couples Fellowship group also began in September. In October, the Youth group and the Men’s Fellowship began meeting.

St. Barnabas Church was constituted on October 30, 1977, by leaders of the United Methodist Church and the Presbyterian Church. Over 300 people attended the service held in tents on the church property where the Sanctuary now stands. At the Service of Constitution, 165 charter members were received.

St. Barnabas continued to grow with both Methodist and Presbyterian backgrounds, as well as other denominations. The new Sanctuary was completed and the first service was held on May 27, 1979. St. Barnabas Church continued to be recognized as a cooperative church by both the United Methodist and Presbyterian Churches until both bodies voted to dissolve the covenant in 1986. 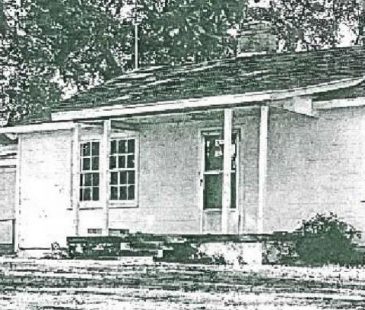 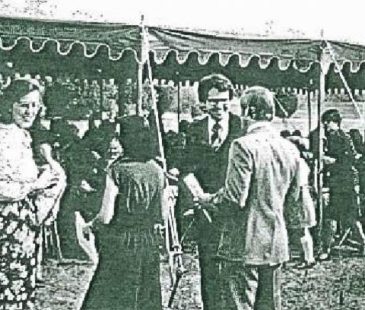 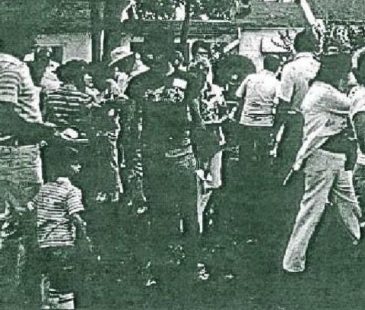